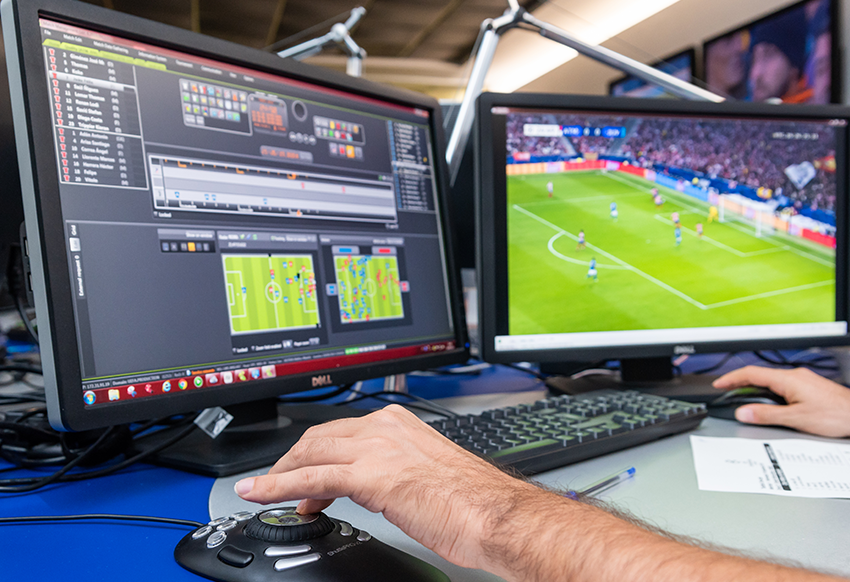 Deltatre speaks to sport data expert Holger Rahlfs to get the lowdown on the data that can and should be captured right now.

In a world where empty soccer stadiums are quickly becoming the norm, data has never been more important for telling a game’s unique story. But what can be measured today – and how? Plus, how will data collection evolve in the coming years? Read on...

“Put simply, the market is growing. The demand from clients is growing, and the interest from fans is growing,” says Holger, who works in a hybrid role in Sales Support for Deltatre as well as Head of Product for Sportec Solutions, a joint venture between DFL group and Deltatre. The company deploys the latest technologies to capture and share a wealth of data for the German Football League (DFL) and beyond.

Otherwise known as master data, base data is information that is often subject to very few changes and is ordinarily available at the start of a season.

How is base data captured?

Extensive research by Deltatre AG on behalf of Sportec Solutions. Much of the information, like birth dates for example, won’t change, and all the information can be stored in a database to enrich future games. However, it needs to be regularly fact-checked to ensure it’s up to date, for example, if players change.

This is all the information that makes the upcoming match unique.

How is match information captured?

Via a mixture of research, DFL sources and observation of Deltatre operators either on-venue or at a remote production facility.

Next, is match data, which can be split into two further sections.

This can include any information acquired as the game is playing out.

Event data could relate to player actions, such as:

Or, team actions, such as:

Or, referee actions, such as:

How is event data captured?

Sportec Solutions’ partner, Deltatre AG, deploys one designated person, called the speaker, to record every action as it happens. Via a specialist speech code, developed by Deltatre AG, the speaker then verbally communicates every possible action as it happens. They’ll report the codes back to data gathering operators who will then input all the information into a live database, which can then be distributed to the media outlets.

“It’s very customizable,” says Holger, “you can have just this system of 1+1, but you can also have a high number of people to gather details. It’s designed to gather as many events as possible and is very fast and reliable – and to provide a full chronology of the game.”

The locations of the players and the ball during the entirety of the match.

How is positional data captured?

Information is collected via an optimal tracking system, where images are automatically picked up by in-stadium cameras. “You can more or less create an animation like a radar view where you can see the location of players on the pitch and where they’re running,” he says.

By capturing positional data and event data, it’s possible to create even deeper storytelling. “We have the algorithms to do this,” says Holger. “We can create new statistics out of this combination of event data and positional data – for example, the expected outcome of goal attempts.” Another level of information is unlocked, meaning the viewer can see a percentage likelihood of the player passing the ball or scoring a goal.

Although the fan experience is still very much focused on remote viewing, Holger explains that little has changed in terms of the data that’s currently collected. However, the way it’s been collected has, of course, changed substantially. “How we gather data, i.e. how we protect people, what rules we have to consider such as operations and hygiene of course have been affected,” he says.

The future of sports data

Looking ahead, he sees no sign of the appetite for sports data slowing. Clients, i.e. clubs, are looking for data for performance reasons – they want to analyze the match to see if improvements can be made. Another vital customer, the media, is looking for new, innovative ways to tell stories around the game. “Especially for younger fans, statistics and analytics are getting more important,” says Holger.

There is already so much data available that future plans include how to get the most value out of existing data. “It’s about finding the treasures within the data,” he says. In the longer term, the development of event data gathering, he believes, will lie in automation. Watch this space.

Everything you need to know about remote sport production in 2020

Live sport may have come to a halt earlier this year, but the work behind the scenes certainly didn’t. Graphics and data expert Andrew O’Neil talks about the inside scoop on the challenges and opportunities that presented themselves when the world was forced to switch to remote broadcast production almost overnight.

How to approach animation design in mobile sport apps

There to subtly enhance the user experience rather than distract from the game, experts Jack Masterson and Christopher Ng share their tips and advice for getting animation design right within a sports setting.